Author’s Taproom is hosting a Cover Reveal for Jessie Lane‘s upcoming paranormal romance release of THE DEMON WHO LOVED ME. This cover reveal will be held on September 26th, 2014 at 9:00am EST and will consist of  the cover, information on the book, and a reveal of the previous books in the Big Bad Bite series new cover’s.

The Demon Who Loved Me

He’s a gambling man…
One brunette bombshell with a devious mind and a potty mouth has thrust Kent smack dab in the middle of where he never wanted to be—his family. He’s spent most of his life avoiding his familial responsibilities, especially the one that required him to join the Ninth Circle Council—the demon society’s equivalent of judge, jury and executioner. Then one lost bet with the little Amazon flipped his entire life upside down. With worries about retaliation from the remnants of a rogue pack of wolves in Germany, he doesn’t have time to deal with his family, or his obsession with Chloe Demos.
And she’s the biggest risk he’ll ever take…
After her mother’s death, Chloe’s world crashes down around her. A secret Amazonian heritage. Aunts and a long lost brother she never knew about. Supernatural beings. With all of the sudden changes, she’s decided it’s time to step out from behind her façade of an air-headed, materialistic bimbo and show her sisters she truly does love them—she only hates their wardrobes. What better way to show she cares about her family than to help prove someone close to one of them is innocent of the bogus murder charges from some ridiculous council? Chloe has no scruples about calling in the marker the demon Kent owes her in order to do just that. It’s only too bad she’s underestimated Kent’s intelligence, and his playboy charm.
Contains mature themes.

Find out more about the BIG BAD BITE Series!

The series has had a complete makeover with brand new, smokin’ hot covers and a can’t-miss sale! 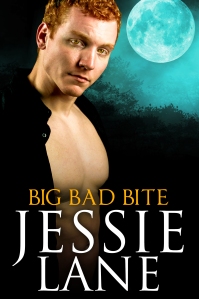 What would it be like to live in a world where you were considered abnormal even to those who were above the norm?

Jenna O’Conner is not human, nor is she considered the norm for the supernatural Other community that is benevolent enough to share this world with the humans. On her first day as the newewst member of the Wilmington Police Department’s SWAT Team, Jenna runs into trouble in the form of a deadly, mouthwatering man named Adam McPhee, who is also not human. He is determined to figure out exactly what Jenna is, which could very well put her life in danger. Furthermore, he is determined to have her all to himself.

As if that weren’t enough for Jenna to deal with, a group of extremist Shifters who consider humans to be cattle and who think that factions of Others should stay within their own species—never to intermingle—come to town. Jenna has to find a way to shut them down, but in the process of trying to do that, she discovers things about herself that even she had never thought were possible.

Who said the wolf was what you had to worry about?

Welcome to the real world. 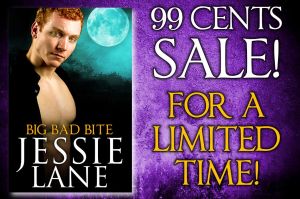 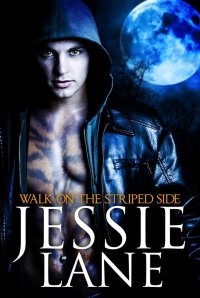 Walk On The Striped Side

Does he have his claws in her for good? Or is she just yanking his tail?

Elena Demos’s life has been turned upside down. Her mother has passed away, leaving Elena and her two half-sisters to deal with their mother’s will and the crazy stipulations it contains. For the three sisters to inherit the substantial amount of money left behind, they have to go to work with two aunts they’ve never met in a family business—Amazons Inc.—they know nothing about. If that isn’t bad enough, Elena runs into the man who once broke her heart, and it’s only their first day on the job.

Gage Ivanov is a stupid beast. He let the woman who should be his mate go because she couldn’t be told of his Other identity. Now Elena’s back, but she refuses to give in to his demands for her to be his mate. The timing for all of this couldn’t be worse, either, because Gage and his circle of friends are trying to subdue a rogue pack of wolf shifters in Germany who threaten to out the Others to the world of humans. Will he be able to juggle the oncoming conflict and win back his mate?

Jessie Lane is the best-selling author of The Star Series, Big Bad Bite Series and the Ex Ops Series. She writes paranormal and contemporary romance, as well as Upper YA Paranormal Romance/Fantasy.

She lives in Kentucky with her two little Rock Chicks in the making and her over protective alpha husband. She has a passionate love for reading and writing naughty romance, cliff hanging suspense, and out-of-this-world characters that demand your attention, or threaten to slap you around until you do pay attention to them.