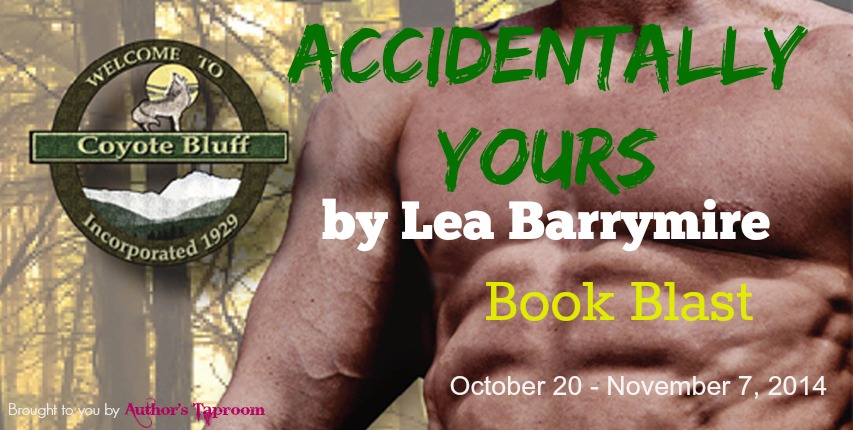 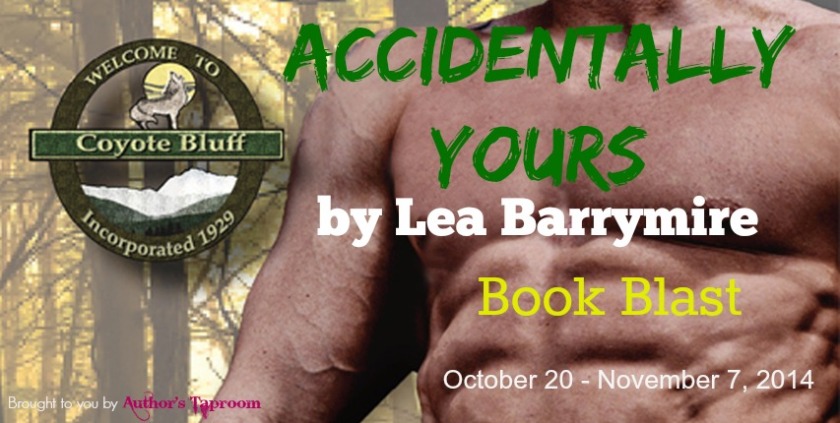 Author’s Taproom is hosting a Book Blast for Lea Barrymire’s  paranormal romance release of ACCIDENTALLY YOURS. This book blast will run October 20 – November 7 (no weekends) and will include a tour-wide giveaway and an easy post HTML document.

To sign up to take part in this cover reveal please fill out this FORM. 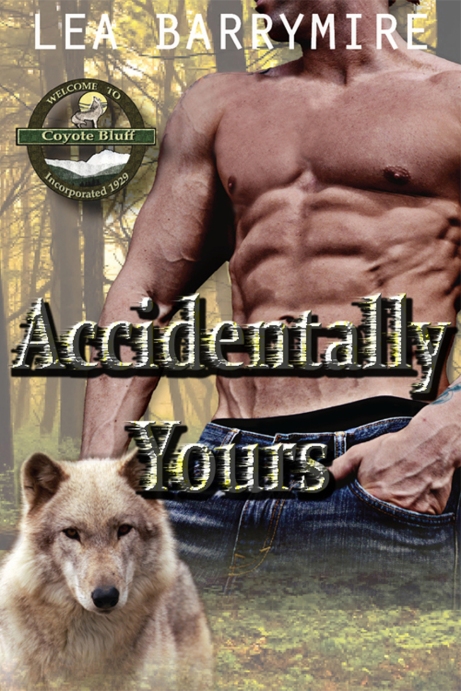 Cammie has had one hell of a night. Her long-time abusive boyfriend pushed her to the limits and then a freaking wolf hit her car. While clutching a bag of frozen peas to her swollen eye she manages to rescue the wolf and make it home. But what’s she do with it after that?

Ian can’t believe his luck. After a stupid decision he’s been run out of every shifter territory he’s entered. Hoping Coyote Bluff would be different seems to have been his downfall. After a bunch of coyotes chase him through the night he finds himself being coddled by a tempting woman. His canine half is already in love with her.

Cammie’s ex comes calling, Ian’s found out by the local Alpha and the town seems bent on keeping them apart. Can they fight against everyone at once to find happiness together? Better question would be will Cammie accept Ian once he admits to being the wolf she so readily confided in and nursed back to health?

Lea lives in Western New York with her hubby, three children, and miscellaneous critters. Before the rug rats, she lived a life of adventure, following her husband all over Europe with the US military. She’s slept in a car outside Paris, drove six hours just to see tulips in the Netherlands, and knocked ash from her shoes at Pompeii. Now she spends her time in life’s adventures at soccer games, PTA meetings and school plays.

Lea has loved reading from a very young age, spending many sleepless nights devouring books. Science fiction and paranormal were her favorite genres to read as a teenager, and that love bled into her adult life. She started writing during a bout of insomnia, to fill time, and found it filled a creative void. Now she communes regularly with the characters in her head and tries not to laugh out loud when they say something funny.

When Lea isn’t reading, writing or corralling kids, she enjoys watching movies and sciencey shows, or just kicking back and listening to some music.