We are now booking a four week blog tour for Lani Lynn Vale’s TEXAS TORNADO. This tour will run from July 28th – August 22nd, 2014 and will consist of limited author guest posts, author and character interviews, spotlights, excerpts, and a tour-wide giveaway. To be a part of this tour please fill out the form found at the end of this post. 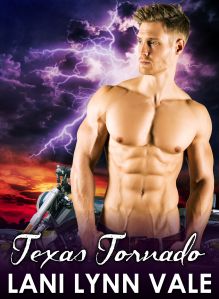 Him
James had plans for his life. Then they were derailed by the surprise arrival of his daughter. His life revolved around her. Then she arrived with her beautiful brown hair that was made to wrap around his wrist, a butt that was to die for in a tight pair of jeans. Nevertheless, he didn’t need any more drama in his life. His ex-girlfriend was stirring enough of that up for ten women. Yet, there was something about her that soothed the soul.

Her
Shiloh’s made it her life’s mission to protect the innocent children she can from the big, bad, scary things that lurk in the darkness. She has an inane curiosity for life and craves knowledge. Which is why when she starts poking around in her father’s business, she inadvertently starts something in to motion that threatens her very existence. Her father, the one man that was always supposed to be there for her, drops her off with a brother she never knew she had and leaves. Making her question the father she obviously never really knew at all. Then she meets him, and she doesn’t think her life’s so bad after all. The sexy biker turned SWAT officer sets her nerve cells to igniting, and she relishes in every single second of it.

Him
He knew life could change in an instant. One soul crushing instant.
When he’s presented with the aspect of losing Shiloh before he’s ever even had her, he decides it’s time to grip life by the handlebars and ride it like he stole it. Then that threat not only touches his woman, but his daughter. And there’s no power on God’s green earth that can protect them from a father’s wrath. 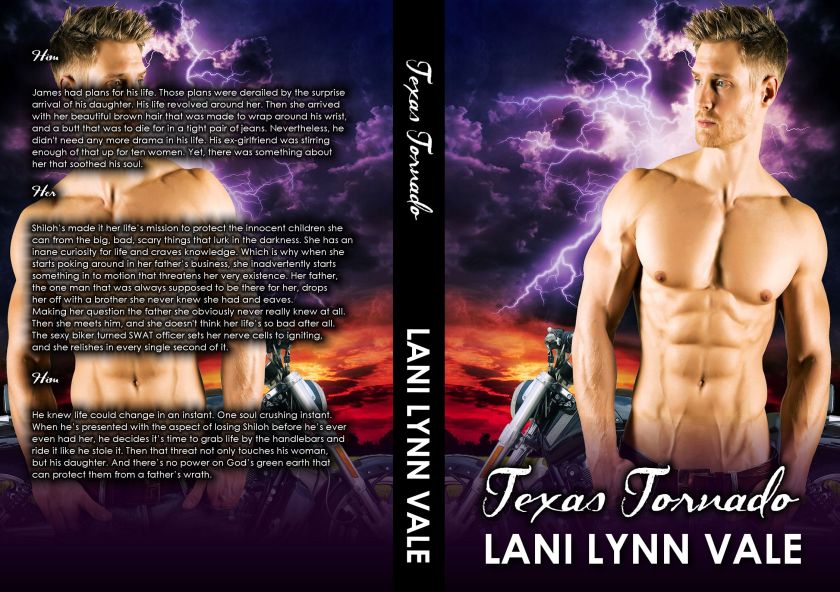 Lani Lynn Vale is a married mother of three living in the greatest state in the world, Texas. She is currently a student pursuing her bachelor’s degree in nursing. When she’s not cooking, cleaning, wiping dirty faces free of permanent marker stains, going to school, or running errands, you can find her at her computer lost in her fictional character’s world.